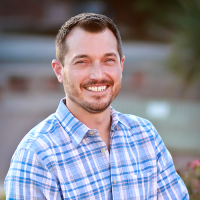 It was a full week after a holiday foreshortened one and also the week in which the long awaited Federal Open Market Committee move to begin interest rate increases was widely anticipated to happen.  Thus it was hard to know how much of the week's ballooning mortgage application volume was attributable to Labor Day-delayed business activity and how much was generated by see-sawing interest rates after the Feds failed to act. In most cases the various volume indices rose by percentages about equal to their aggregate declines over the two prior holiday-impacted weeks.

The Refinance Index rose 18 percent and the refinance share of applications was 58.4 percent compared to 56.2 percent a week earlier.  The seasonally adjusted Purchase Index increased 9 percent to its highest level since June.  The unadjusted Purchase Index was up 20 percent week-over-week and was 27 percent higher than the same week in 2014.

Mike Fratantoni, MBA's Chief Economist said, "We saw significant rate volatility last week surrounding the FOMC meeting, and rate declines toward the end of the week likely drove applications from both prospective home buyers and borrowers looking to refinance. The 30-year fixed rate remained unchanged over the week even though there was substantial intra-week fluctuation, but we saw rate decreases in other loan products like the 15-year fixed, 5/1 ARM, and 30-year jumbo."

As Fratantoni said, the average contract interest rate for 30-year fixed-rate mortgages (FRM) with conforming loan balances ($417,000 or less) was unchanged for the week at 4.09 percent, Points increased to 0.45 from 0.42 but the effective rate was also unchanged.

Rates for 30-year FRM backed by the FHA remained unchanged at 3.88 percent.  Points decreased to 0.33 from 0.35, bringing the effective rate lower.

The average rate for 15-year FRM decreased by 2 basis points to 3.31 percent. Points jumped to 0.42 from 0.26 and the effective rate increased.

The share of applications that were for adjustable rate mortgages (ARMs) increased by 0.1 percentage points to 6.9 percent.  The average interest rate for 5/1 ARMs dropped by 6 basis points to 2.95 percent, the lowest since May.   Points increased to 0.58 from 0.36 but the effective rate was lower than a week earlier.

MBA's Weekly Mortgage Application Survey covers over 75 percent of all U.S. retail residential mortgage applications, and has been conducted since 1990. Respondents include mortgage bankers, commercial banks and thrifts. Base period and value for all indexes is March 16, 1990=100.  Mortgage interest information presumes loans with an 80 percent loan-to-value ratio and points that include the origination fee.